When I went out for my morning walk to the bakery yesterday all these tiny spiderwebs had been created in the grass, on the ivy, on bushes and hedges, all the way down my street. Some of them had a hole at the center, some were like flat platforms bridging the greenery. I don't see any thing on them; I don't know what made them. I've gotta assume they are some kind of small spiders, but so many of them, working so quickly in the same night.

After writing that I went outside to walk to ███'s and took a look in the front yard. I could only barely see a few webs where before they were plentiful and obvious. Around the corner, in a row of bushes, the webs were more prominent (ones I've noticed previous days). I glanced inside a few and saw a larger than expected spider hiding inside the hole at the center of the webs. I snapped some photos. Later ███ suggested I look up "funnel spiders", which lead me to the American grass spider which are sometimes called funnel spiders because of their webs (not to be confused with an Australian funnel spider which is deadly to humans). Their webs are not sticky so they rely on their speed to catch prey that come to the web.

Apparently they were so obvious yesterday because of the mist/fog overnight, moisture gets caught on the webs making them more easily seen. The webs themselves probably did not all just appear that night, but were just better hidden. 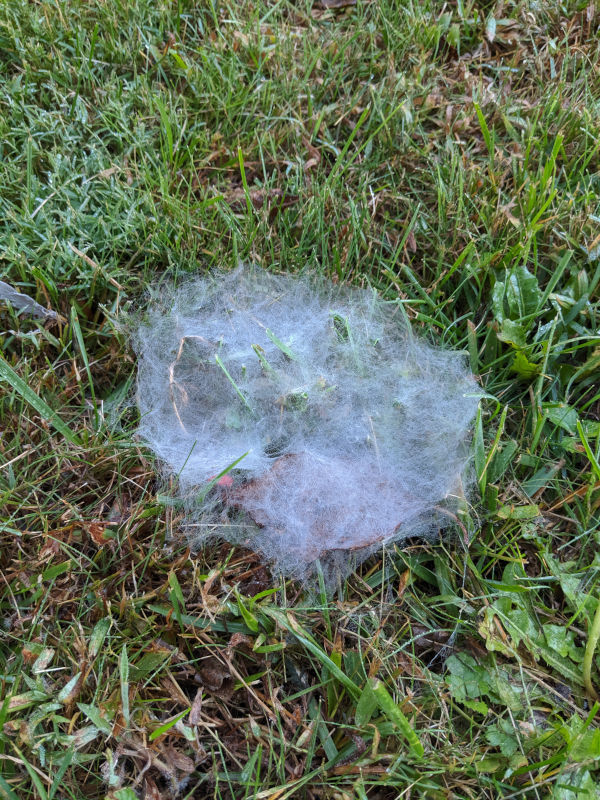 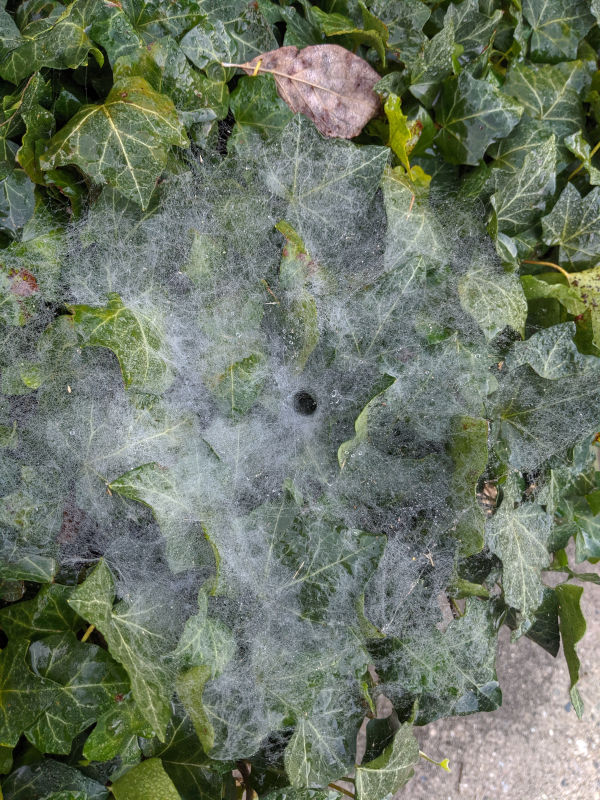 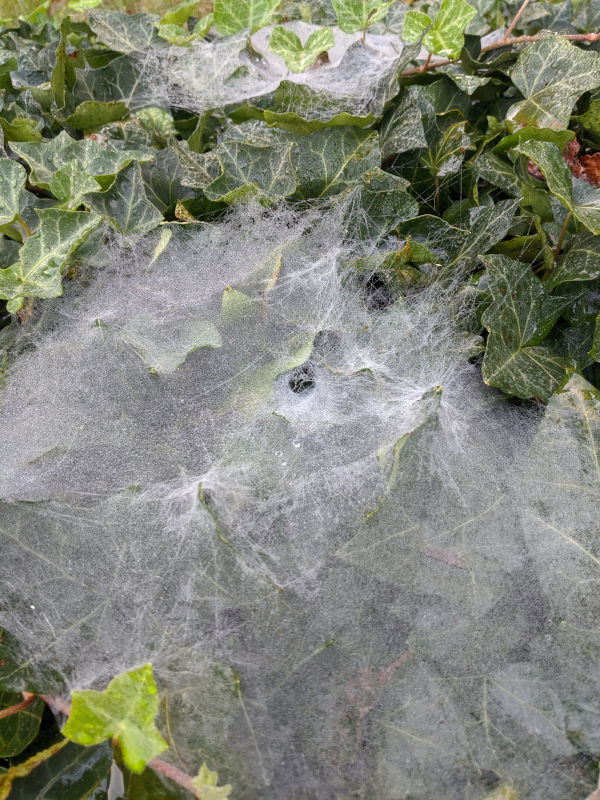 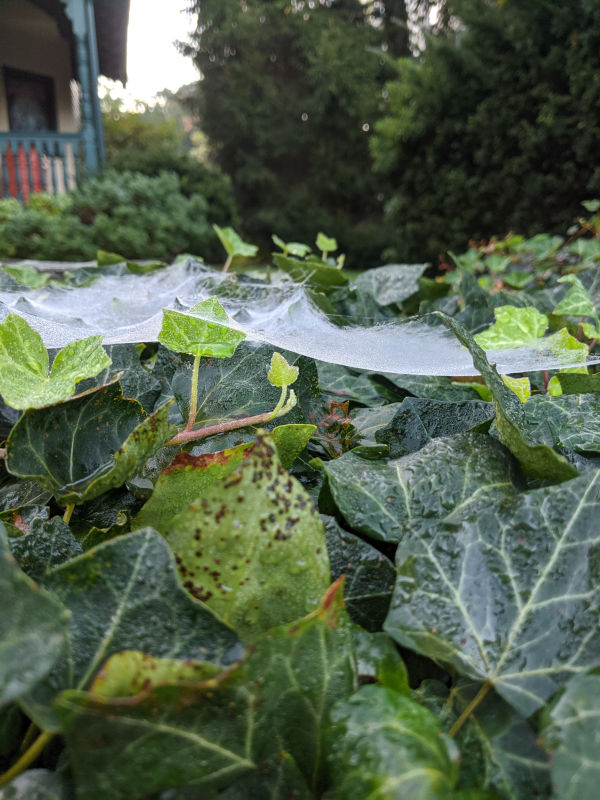 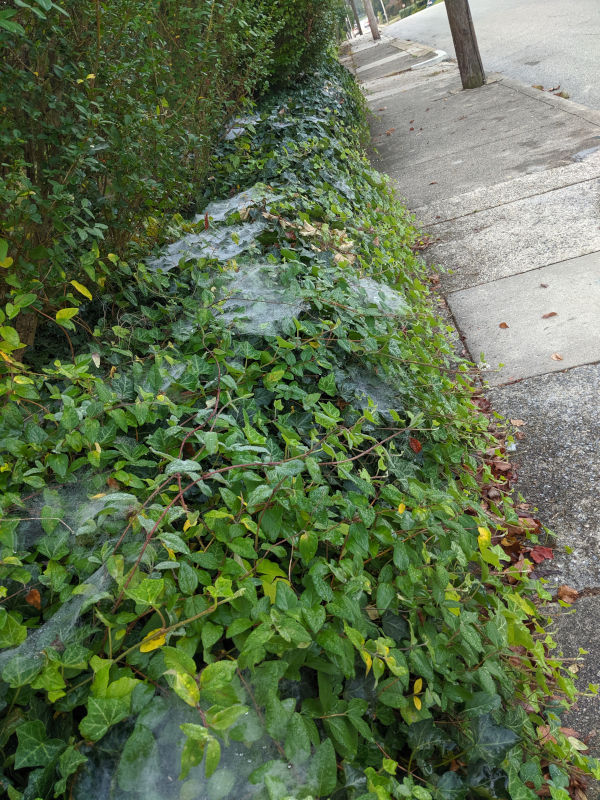 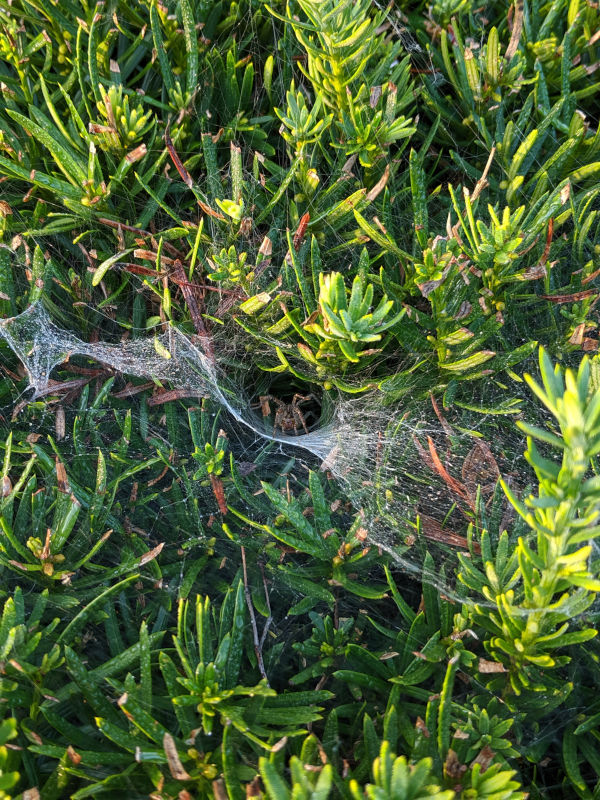 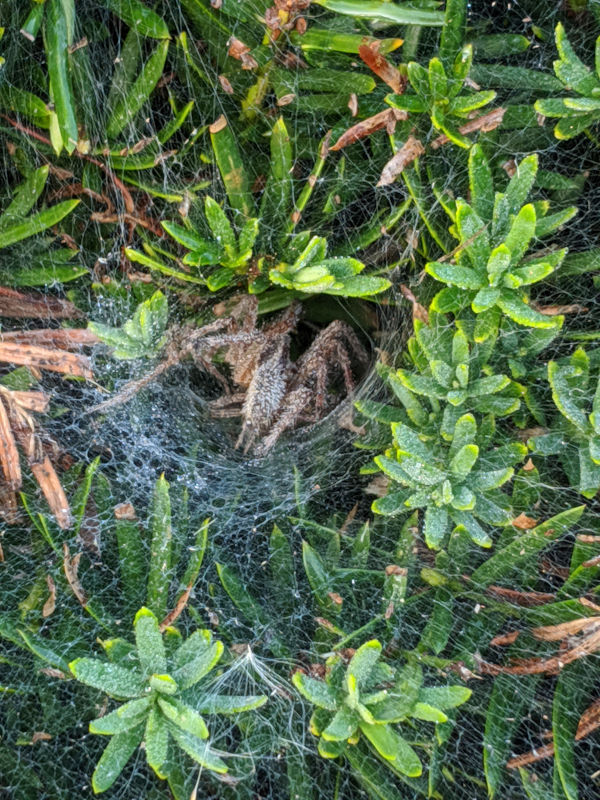