Watched a 1933 silent Ozu movie this morning before breakfast. Woman in Tokyo is unusually short (47 minutes) and downbeat. I've not really watched many (any?) of his silent era movies before so I don't have much to compare it to in that respect, but I did notice the same careful care for composition and repetition as seen and refined in his later works, as well as those always identifiable transition shots.

The movie is a short tale about an older sister who besides working as a secretary, works as some kind of hostess or prostitute in a bar at night, all to support her younger brother's education. He doesn't know until his girlfriend's older brother (or possibly father?) hears rumours about it and tells her. She then tells the younger brother, who kills himself in... shame? It's a pretty bleak... morality tale (?). Which mostly made me think the brother was an idiot. He didn't ever seem to grasp that what she was doing was so she could support him. (Or maybe he did and... decided it was better to have all her effort be useless.)

Anyway, some screenshots of things I took note of. 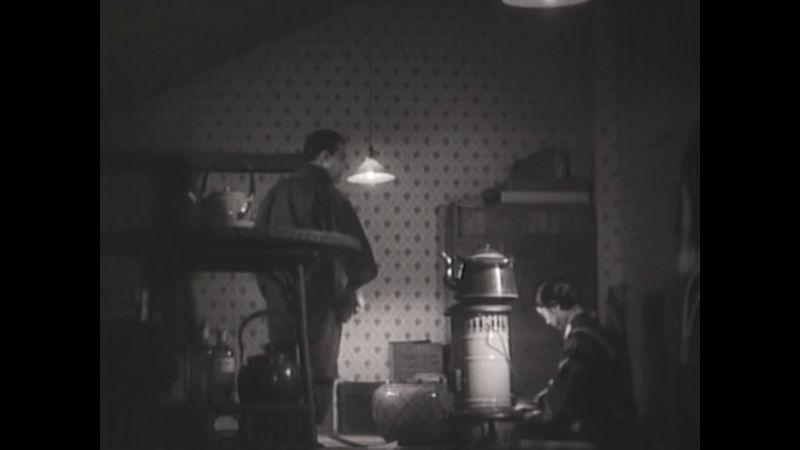 A lovely composition of the young brother and his girlfriend as she is telling him about the rumours. Note how they are foregrounded by multiple teapots (I can't help but wonder if one of them is that red teapot that pops up in so many of Ozu's films) and some kind of tall heating device (at one point the brother lights it with a match and you see steam coming out of the teapot on top). The tall teapot divides them. 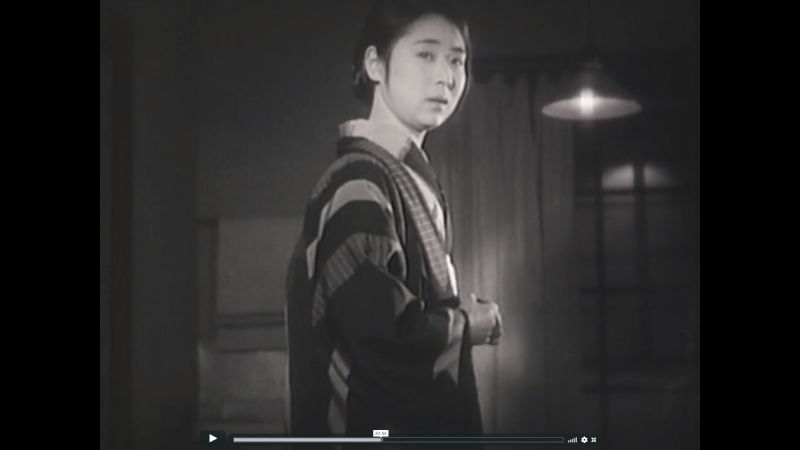 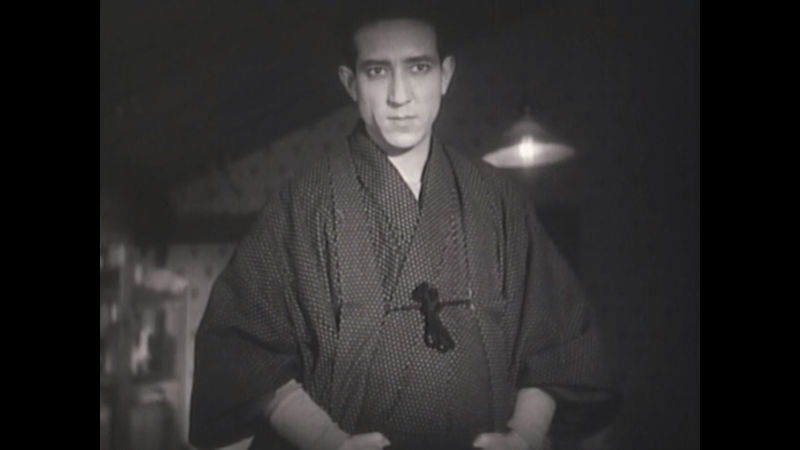 As their conversation continues and they both stand we get this great compositional matching. The camera is inbetween the two, but it is all organized so the ceiling lights appear in the same area of the composition during the cross-cuts. 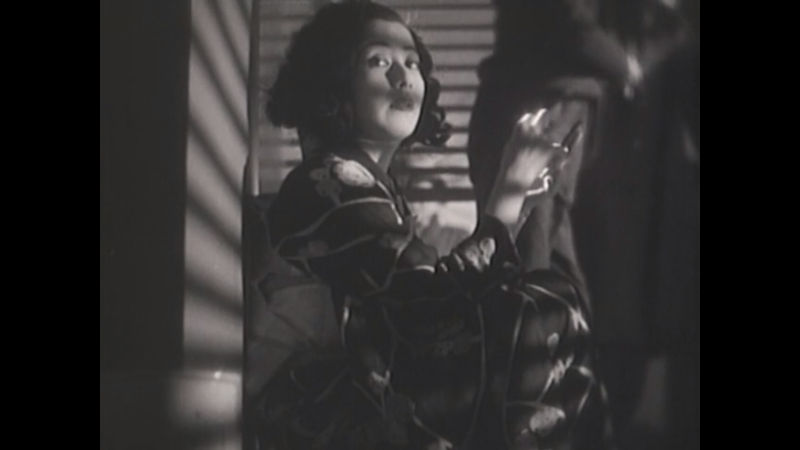 This is just a great shot of the sister at the bar. This is the first (and really only) time we see her like this and at first she is unrecognizable from previous scenes. It took me until the next shot to realize it was the same character/actress. It also has a great noir vibe to the composition and lighting. 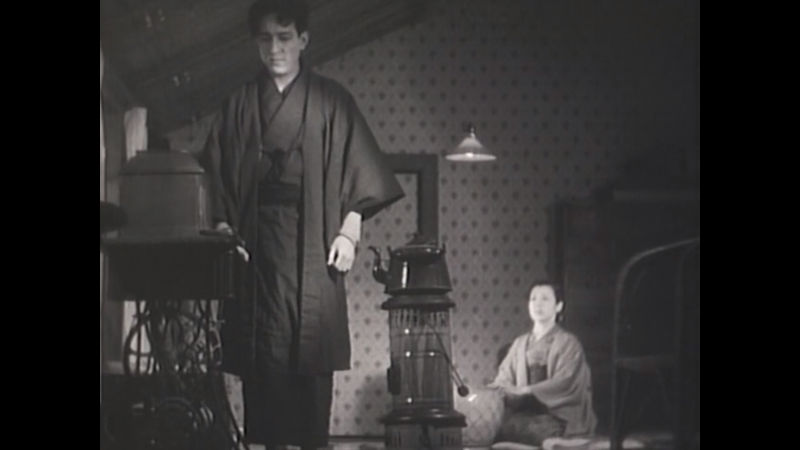 When the brother confronts his sister later in the film, we get a repeat of this composition with the teapot/heater dividing the male and female character, a thematic repetition about how he is separating himself from both women that love him. 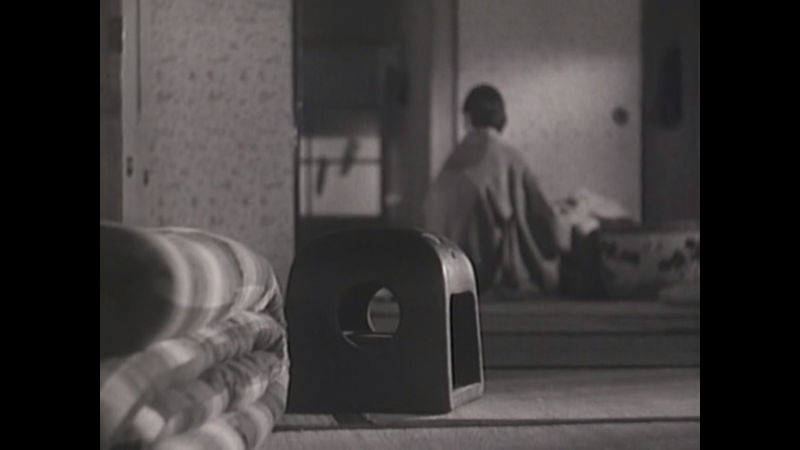 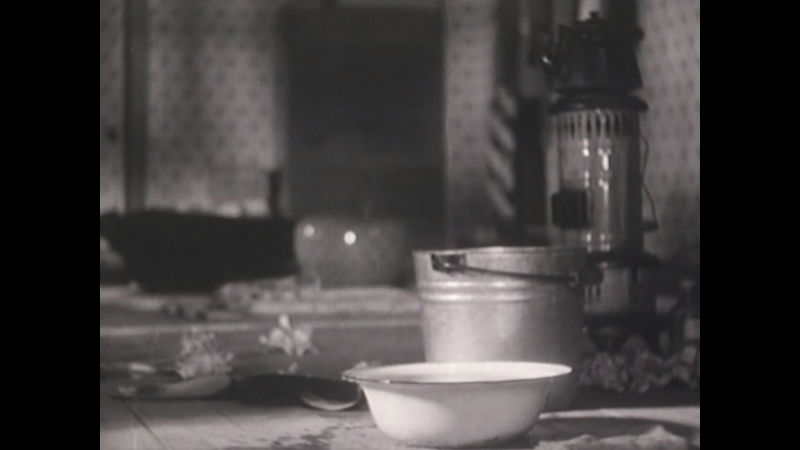 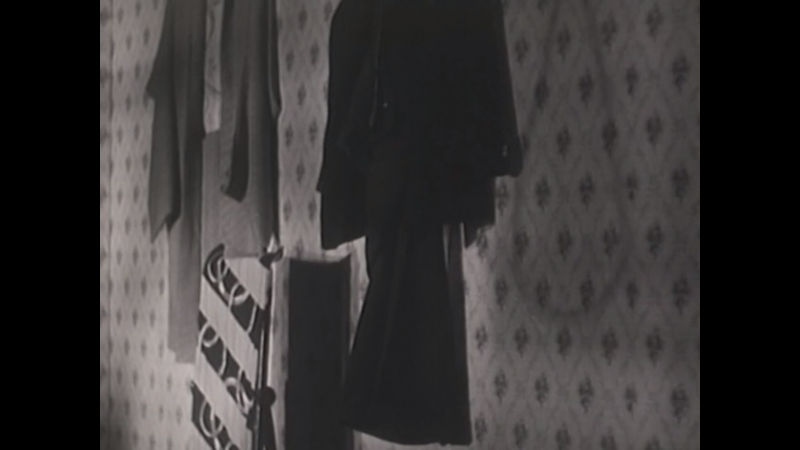 After the two woman have learned of his suicide (the one collapses her head into the other's lap, sobbing), the film cuts to three transitional shots to the next scene. Nothing unusual for Ozu except that third shot, where the shadow on the wall looks like a noose. It's harder to notice in the still, but in the film it's slowly swaying back and forth. Not terribly subtle at that point, but an unusually direct symbolism for those transitional sequences.