Lianne took me to an art opening at the college yesterday, a variety of prints from a collection. It was a lot of ho-hum etchings and lithos of landscapes and buildings and such, but there were a bunch of really striking pieces. A large beautiful Rembrandt etching was moody and expressive with large swaths of fine lines. A Kathe Kollwitz print from her series about a weavers strike had luscious blacks of dense hatching that still managed to be differentiated from each other. I quite enjoyed a Piranesi etching of a "Capriccio", an imaginary ruined landscape, that was paired with a similarly themed Turner print. The Hokusai on view was sadly not every interesting.

There were a couple new discoveries that I snapped some photos of. 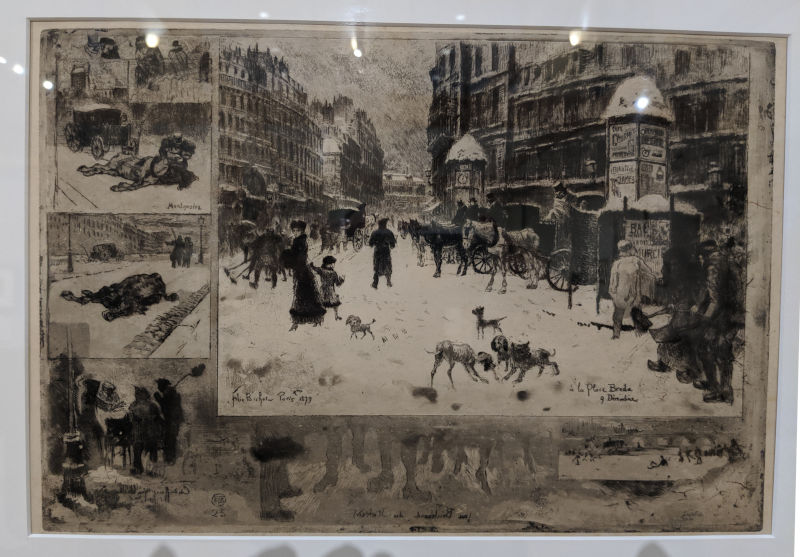 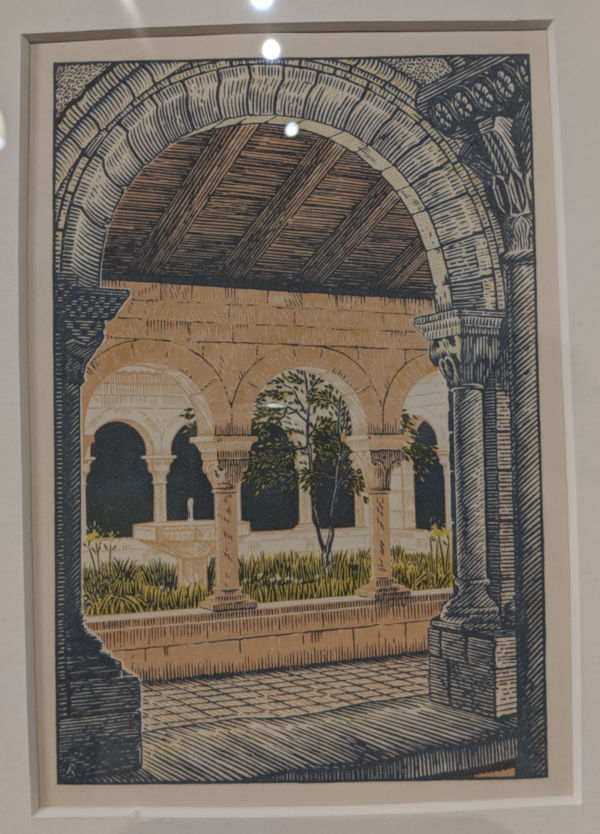 The first by Felix Buhot is most interesting because of the way there is a main rectangular image on the etching plate, but then there are also smaller vignettes around it, including those pale legs and feet at the bottom margin. It has a wonderful multi-panel aspect that, of course, appealed to me right away.

The second is a woodcut by Rudolph Ruzicka. I just really like the way the colors are used in this one to help create depth, especially the blue and orange.

I also ended up watching What Did the Lady Forget? an Ozu film from 1937 that was paired with The Flavor of Green Tea Over Rice (see my entry from 2019-09-22) dvd. It might be the earlist of his films I've watched. I can't say it was one of my favorites, and plot-wise felt like a less developed version of the latter. Though one notable difference here is how the niece of the primary couple in this one is a bit more wild. She dresses modern with a jaunty hat tilted at an angle that looks like something out of a film noir, and she pressures her uncle in taking her to a geisha house where she drinks too much and has a hangover the next day. She is not the more subdued young woman of the later film(s).